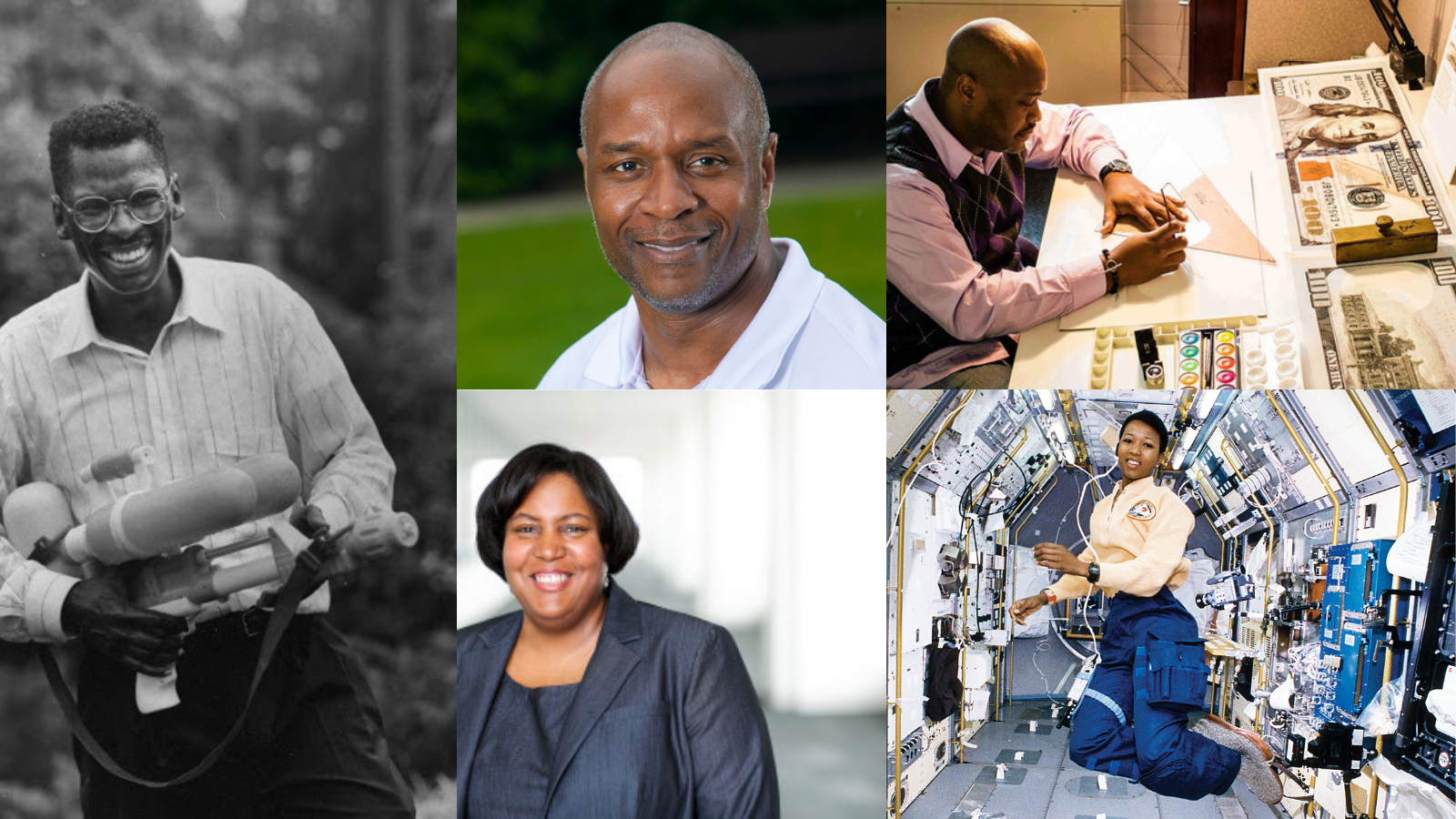 5 Black STEM Pioneers You Should Know

Each February, the United States observes Black History Month. The month celebrates achievements made by African Americans and their central role in the U.S. It’s also a great opportunity to learn more about unsung heroes in Black history. The staff at the Constellations Center for Equity in Computing has chosen a few people who have inspired us and who we encourage you to learn more about.

Lonnie George Johnson is an American entrepreneur, inventor, and aerospace engineer. He served in the United States Air Force and worked at NASA for 12 years, including time with the Jet Propulsion Laboratory and as an engineer on the Mariner Mark II Spacecraft. In 1990, he invented the Super Soaker water gun, which has been among the world's bestselling toys ever since. He later tweaked the Super Soaker to invent the Nerf gun. Why You Should Know Lonnie:

“He invented the Super Soaker in his bathroom, enough said. Besides that, he frequently does outreach in Atlanta through his two businesses and serves as a judge and speaker at FIRST events. He also makes more than 20,000 square feet of space in his facility in downtown Atlanta available to FIRST teams for build space and scrimmage events.”

Brian Thompson is one of three current journeyman banknote designers in the United States. In 2013, he designed the new U.S. $100 bill, becoming the first African-American to design a banknote.

To design the note, Thompson used different technologies and features such as micro-optics, microprinting, raised printing, a security thread that can be seen with ultra-violet light, among many other features created to combat counterfeiting. Why You Should Know Brian:

“I think it’s important to know who Brian Thompson is because our culture talks about making money, but do we realize all that goes into literally making money? It’s a combination of artistry and technology. This combination mirrors my own two halves, artistic and logical. Thompson is also an example of perseverance and dedication. He was the first African-American to design a U.S. banknote, after working for the Bureau of Engraving and Printing for 25 years.”

Cedric Stallworth is a computer scientist, educator, entrepreneur, and community ambassador. An Atlanta native, Stallworth graduated from Georgia Tech with Bachelor and Master degrees before eventually becoming the assistant dean of Outreach, Enrollment, and Community and a senior lecturer in the College of Computing.

Stallworth believes that outreach with computing is important and necessary so that youths from all levels of society may have access to develop the skills needed to take advantage of the opportunities afforded via computing. To do so, he works with elementary through high schools to establish computer science programs in school and after school. He has created computing summer camps and has been pivotal in bringing nationally and internationally recognized programming competitions and hackathons to Atlanta. Why You Should Know Cedric:

“He has a heart of gold and is fearless in the fight for computer science equity for all. His story is relatable for most young Black males in that he ‘started from the bottom and now he’s here.’ His work in the Metro Atlanta community spans decades and while he should be revered because of it, he’d be the last person to boast about it. He’s a mentor, an inspiration, a big brother, and a heck of a visionary.”

Joyce Ward is the director of education and outreach for the United States Patent and Trademark office. A former trademark examining attorney, Ward returned to the agency to lead a diverse and stellar team that travels across the county promoting entrepreneurship and innovation to teachers and students. One of the office’s core programs is the National Summer Teacher Institute (NSTI.) Why You Should Know Joyce:

“I chose Joyce because the NSTI sparked my interest in STEM that allowed me to add it to my teaching repertoire. In turn, I took that interest to all aspects of my teaching and helped students believe that they too could be inventors. The ideas that were nourished from attending NSTI are still serving me as I serve others in the field of education.  Joyce is a quiet, helping hand who supports dreams and ideas that you may not know you are capable of attempting or accomplishing.”

Mae Jemison became the first Black female astronaut to travel to space when she served as a mission specialist aboard the Space Shuttle Endeavor. Prior to becoming an astronaut, Jemison served in the Peace Corps. She is also an author, doctor, philanthropist, and entrepreneur. Why You Should Know Mae:

“Jemison is proof of her own words, ‘Never be limited by other people’s limited imaginations.’ She has accomplished so much and broken so many barriers for women and women of color, that I can’t help but be amazed. I had the opportunity to hear her speak and meet her a few years ago at a Georgia Tech event and was floored by her humility, willingness to help humanity, and all-around coolness. She inspires me to do more for others, that it’s never too late to pursue something else, and there’s no limit to who you can be.”