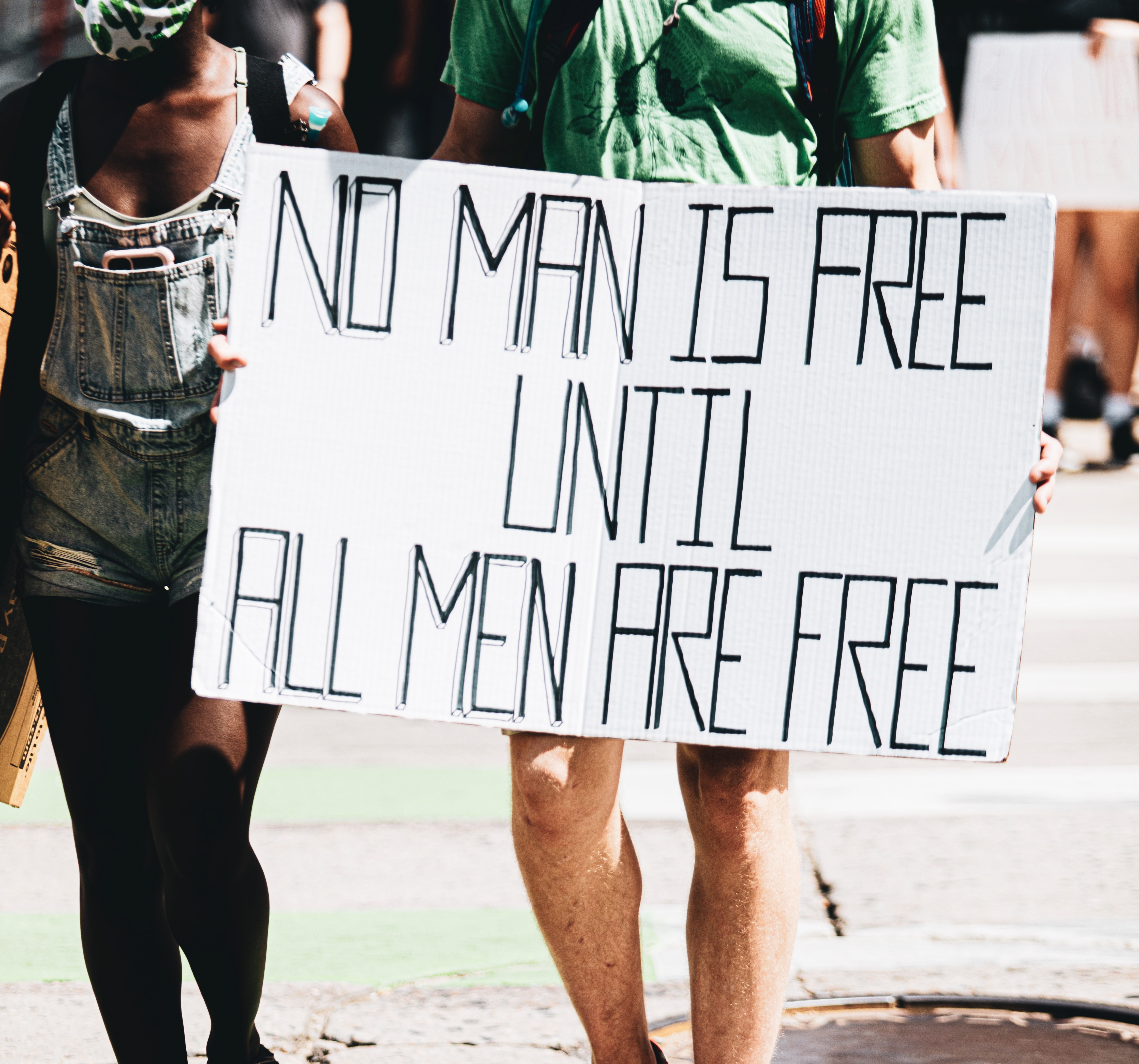 We All Have a Story

I’ve thought a lot about it since, but at the time all I could think was: “That’s a really big gun.”

I was at a capital-T Traffic Stop somewhere outside of Cambridge, MA. A police officer was approaching me on the driver’s side and for some reason he went for his gun and yelled at me to be still. I got… stiller… and eventually it was all over and I drove away.

Only later, while trying to calm down my friends did I think, “He could have killed me”.

I’m not sure exactly when that changed to “…and he would have gotten away with it”. I think it was April 29, 1992. That was a day much like the days we’re experiencing now.

In the many years since, my thoughts have returned to that night. They became “…and would anyone have heard about it?” They became, “…and if they did what would they have heard?” Would the reports say I led a high speed chase? Would the pundits say that if only I’d complied, I’d be alive? What would they have dredged up? Maybe somehow that time in seventh grade when I checked out Are You There God? It's Me, Margaret from the library would be held against me.

I don’t know, but it would have been something, and it would be like dying twice.

It’s not always the Traffic Stop. Sometimes I think about the time that guy in the pick up truck spit on me, or the confrontation with the police while I was house hunting. A few weeks ago, I was sitting on a curb in my embarrassingly sprawling neighborhood and someone in a truck drove by, stopped maybe 40 yards away, backed up and stared at me for five or six seconds, then left. “What was that about? What could it have been about?”

My son is 12, all arms and legs. Studies tell me that when he walks down the street, he’ll be more likely mistaken for 16. His 12-year old movements will be threatening. I know: I’ve already had that conversation with teachers.

Yesterday, I sat in my car with him and we talked about what’s going on, and this is neither the first nor second such conversation. He doesn’t quite believe what’s happening, but he believes it more every time we have this conversation. I know he’ll believe it more the next time we are here, the next time someone utters a racial epithet around him. This is a reality I went through, and I know it’s a reality he’ll go through.

My thoughts nowadays are more about him. He’s one candy bar away from “Gun!” and being shot. He’s a moment away from “He should have complied” and “He was no saint” and whatever else they would say. It wouldn’t be true, not this boy who interrupts my meetings to hug me and ask me if he can have apple juice, but I know it would be said.

Of course, I think about other things. In so many ways, my life is great…and I have a lot to do, so I go back to the business of getting through my life and resigning myself to the fact that I really do have to do my taxes this weekend.  But the thoughts always come back.

You know what I’m thinking now? As I write this, I’m sitting in my office and I’m looking out at my city. I can see the campus, I can see midtown and downtown, buildings poking out above all the many trees. But I don’t see smoke. I don’t see broken windows. I don’t see all the stories out there. I know that right over there two college kids from Spelman and Morehouse were dragged from their car and tased during the demonstrations this weekend, and I’m sure there are other stories, and some of them probably ended even worse. I know most of them were never recorded, never noted by the public.

In the end it’s what binds us together. We all have stories and as often as not they are similar in some important way. It’s how we know we are human together.

And when they are different? Well that’s even more important. Those differences also tell us about each other, even when they are so different that they seem hard to imagine.

Either way, these stories make us the community we are. It is, simply, fundamentally true. And when we realize it, we can change things. It really doesn’t have to be the way it’s always been. We can make it better as a community. In fact, we must.