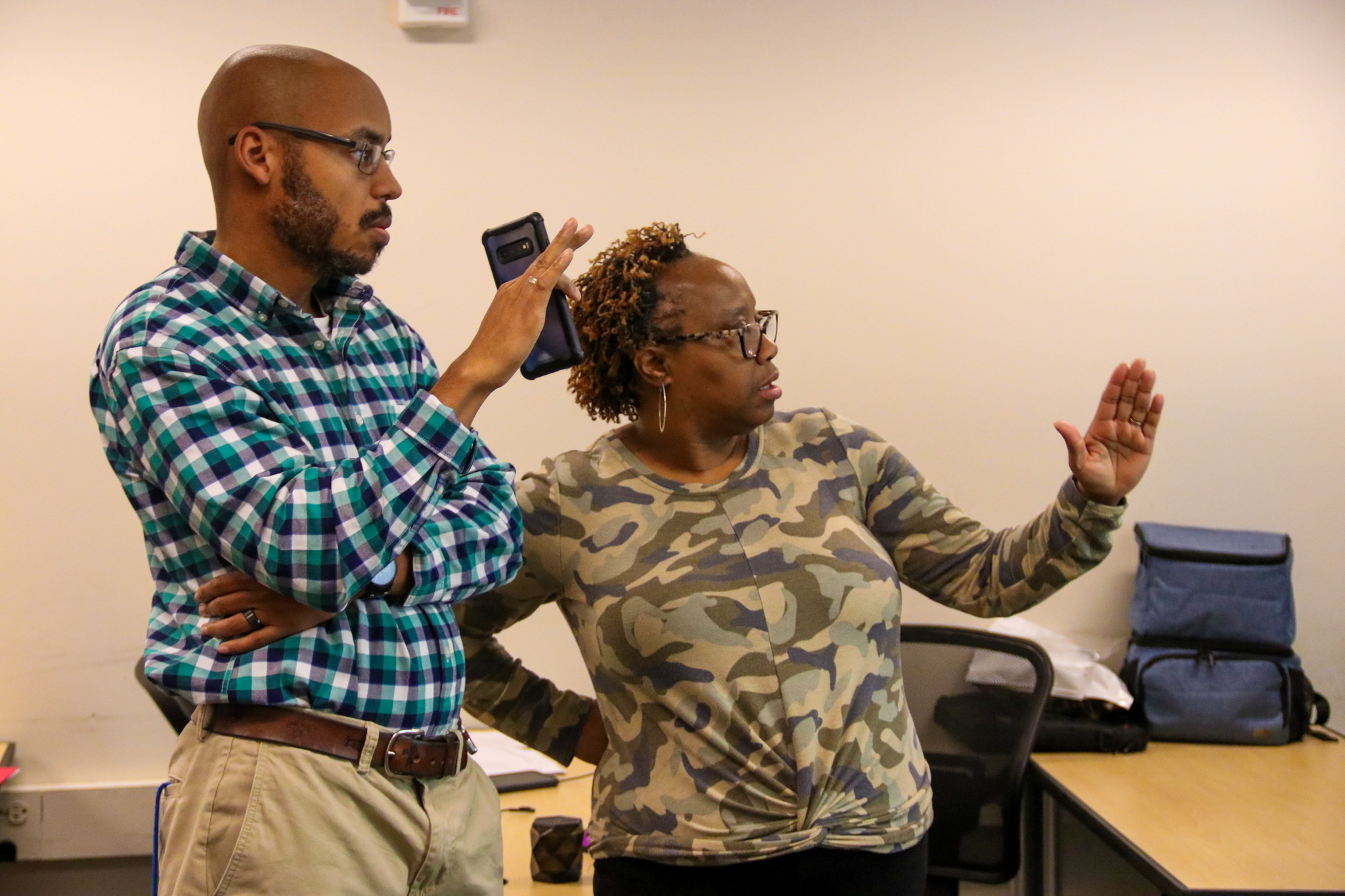 With a fifth studio album on the way, learning to teach remotely due to the coronavirus pandemic, and juggling graduate school and parenthood, Marekus Fluellen has a lot going on. For Fluellen, this is the norm and it’s how he likes it.

“I think I work better when I have a lot of plates in the air. It keeps me focused, challenged, and intentional with my time,” said Fluellen.

His ability to handle a lot at once is a key to success for Fluellen, a teacher at Frederick B. Douglass High School where he teaches three subjects; math, music technology, and computer science. A teacher since 2007, the 2019-2020 academic year was Fluellen’s first teaching computer science, a subject he has tackled as a part of The Computing Equity Project with the Constellations Center for Equity in Computing at Georgia Tech.

When Fluellen tells people the subjects he teaches, they often don’t see the connection between them. To most, music and programming seem like complete opposite subjects. Fluellen is working to change that perception through his music technology and computer science courses.

He has so far seen success by appealing to student’s interests rather than following the formulaic approach encouraged by curriculum creators.

Fluellen can tell story after story of students coming to his class and saying they want to be a rapper or a music producer. Yet, they haven’t realized that learning to create their own original beats through synthesizers and programming is a skill that could further advance their professional dreams, and maybe make them more money.

“When we show our students how their schoolwork is connected to their interests, they’re engaged way more than if I continued to try to teach the same formula over and over again. By showing them that computer science is how video games or cell phones are made or that programming creates sound effects in movies, it motivates them to learn a subject they otherwise would have been disinterested in,” said Fluellen.

He has seen many students who are failing in other subjects thrive in his classroom because of the personal connections they make to the subject matter.

Outside of the classroom, Fluellen hopes that industries, such as entertainment or health, that predominantly using technology will start to champion science, technology, math, and engineering (STEM) education, helping to further connect different interests with technology use.

“I don’t hear the music industry giving computer science a loud enough voice, even though almost everything they use is programming. I would love to see that industry get behind STEM education and show what opportunities are available if you have coding or technical skills” said Fluellen.

The Student Becomes the Teacher

When creating beats or video games fails to connect, Fluellen has a card in his pocket that most other teachers don’t have. Fluellen is an alumnus of his employer, graduating from Douglas High School in 2001.

“Students will say, ‘you don’t understand,’ but I do. I walked the same path to the school, [not stopping by that place you don’t stop by, on the way]. I lived in that same apartment complex. I know what it feels like to not know how to get out of the situation you’re in,” said Fluellen.

Having experienced many of the same difficult situations his students are in inspired Fluellen to advocate for bringing STEM education back to Douglass. The school had computer science when he was a student, but over the years the STEM classes were all moved to one high school in the district. To Fluellen, that didn’t make any sense.

“I thought that was completely unfair. What happens to the student who lives in this neighborhood and really wants to do something in STEM? Now she has to go across town to go to school when she already doesn’t have the funds for transportation. The struggle was too big for students, so I was relieved when the programming was brought back to Douglass,” said Fluellen.

Outside of teaching two STEM-related courses, Fluellen recognizes students’ needs for consistent support. Since his first year of teaching, Fluellen picks a few students a year to mentor and support through their sophomore year of college. By continuing to check-in and encourage his students, he hopes their transition to college is easier, making it more likely that they will graduate. Ultimately, Fluellen would like to teach in college to further support students during a transitional and often stressful period in their lives.

“No matter what grade level I teach, I want students to leave my class feeling full of opportunity. I want them to understand that it’s not just a class to get a grade, but they’re learning skills that could change their life.”