From Homeless to College-Bound Computer Science Major, Akiem Williams is Ready to Change the World 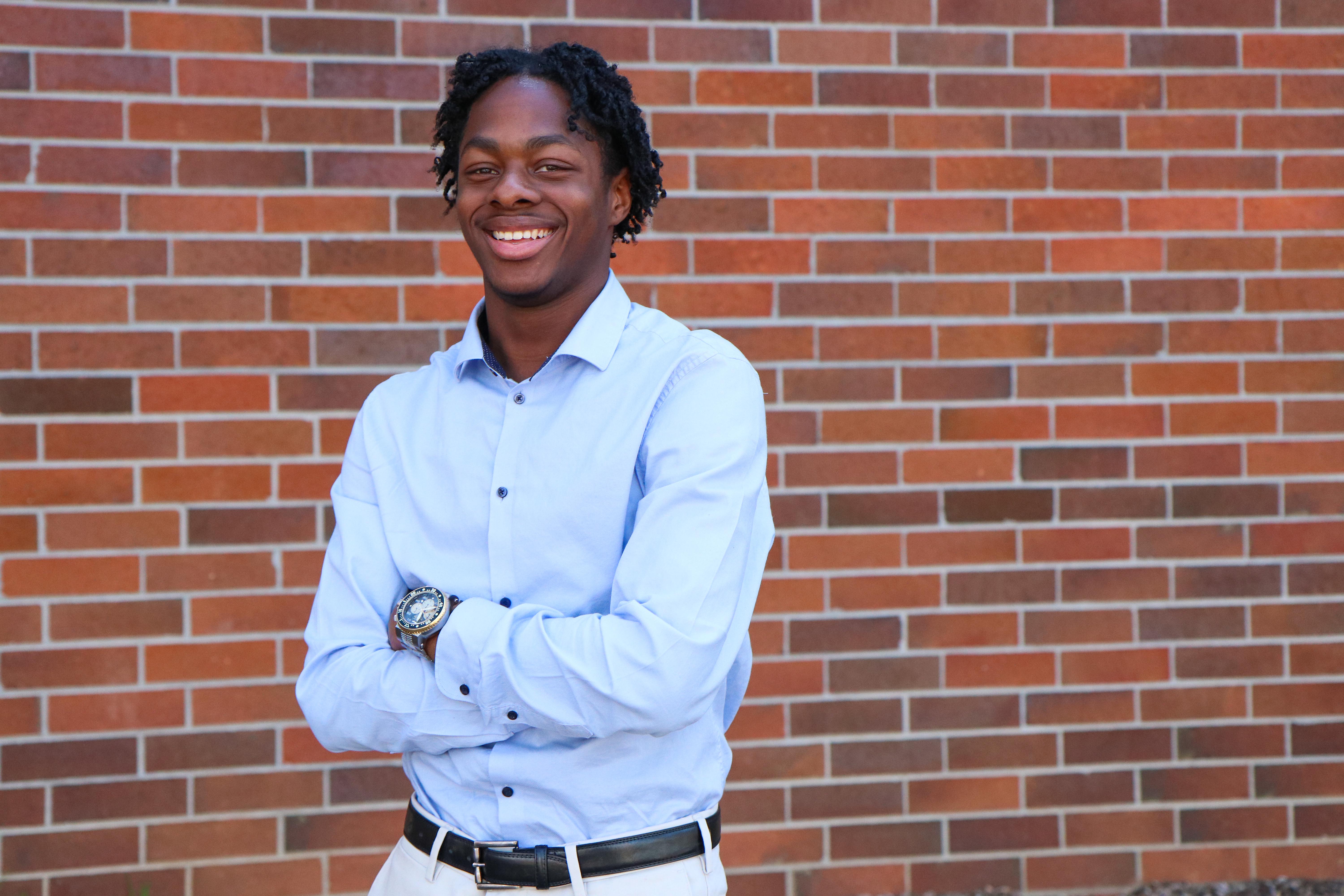 Akiem Williams is a kid with a thousand-watt smile. His friends and teachers describe him as kind, driven, and thoughtful. And, a list of his school activities reads like a college recruiter’s dream – marching band, swim team, JROTC, Homeless Pet Club, and Project Ready.

But the Benjamin E. Mays High School senior has faced his share of struggles to reach this point.

Williams is a student in the inaugural class of an advanced placement computer science course taught by the Constellations Center for Equity in Computing at Georgia Tech (Constellations) in Atlanta Public Schools.

For Williams, the AP CS Principles course he’s completing this semester has helped cement his college plans. Though it was hard at first, Williams fell deeply in love with the challenges computer science presented him, like coding animated characters to dance to “The Cupid Shuffle.” He has excelled in the class and plans to major in computer science (CS) with a concentration in cybersecurity, and a minor in music education, at Southern University and A&M College in Baton Rouge, La., where starts classes in the fall.

My Past is Not My Future

After moving to Atlanta from Kingston, N.Y., at 13, Williams and his mom ended up in a homeless shelter for a few months. It was a difficult time as his mom tried to find work and figure out life in their new city. They eventually found an apartment before moving to their current house.

Although things began to fall into place for he and his mom, Williams still struggled with the transition and his grades slipped throughout freshman and sophomore year. It wasn’t until a teacher pulled him aside during his junior year and encouraged Williams not to waste all of his potential that he started to clean up his act.

“I don’t know why, but I just couldn’t go to class. It didn’t interest me and I made some poor choices. My past experience allowed me to see the pipeline and how the system is set up for kids like me to fail. I could have easily gone to the streets and started selling drugs, but I didn’t want my past to be my future,” said Williams.

Changing the Landscape in Tech and Across America

He would eventually like to run a cybersecurity firm and find a way to combine his passion for music with his passion for technology. Williams would also like to work in the technology sector and help address diversity issues there.

“I really think that I could help major tech companies, if given the chance. They are predominantly white, but I think bringing in someone like me, an African American who has had a completely different life experience, would help make the products better and more applicable to more people,” said Williams.

Williams is no stranger to the current climate, packed with racial tension. At just 17, Williams has already had multiple encounters with law enforcement that he says were scary and unfair. He hopes that his future success will break barriers for generations to come and give him a platform to shed light on the reality of these experiences.

Skills for a Lifetime of Success

From his time in the Constellations classroom this year, Williams says he feels better prepared for college. He credits Constellations Fellow Shana White and Unchantria Smith, Mays High School CS teacher, with giving him the confidence and the tools to succeed in higher education.

One of these tools, which studying computer science has reinforced for Williams, is patience.

“Computer scientists are probably the most patient people in the world,” said Williams. “It takes so much time and effort to find the error or to build the code in the first place. I feel like my ability to be patient and anticipate the reward has sky-rocketed in the past year.”

Although he’s better equipped now to solve problems in other classes like math and science, Williams says his communication and collaboration skills have likely grown the most.

Students often work in small groups to learn and practice new computing skills on projects that they are passionate about. He says these experiences have been beneficial for him and his classmates. There was one in particular, who used to rarely speak that Williams says it’s been cool to see her come out of her shell, and to discover that they actually have a lot in common.

“Computer science has brought a lot of people together because, on the surface it seems like we don’t have a lot in common. But, when someone turns in a project and you realize that you both like the same TV shows or are into sustainability, it gives you a chance to connect that you didn’t realize was there before,” said Williams.

“Akiem is a diligent, caring classmate and it has been a joy to get to know him over this past year. I think he has a bright future ahead of him and I can’t wait to see how he changes the world,” said White.

Calling CS his happy place, Williams is looking forward to college where he can continue to evolve his coding skills, be creative, and create connections with new people.

Once he completes his undergraduate degree, Williams said he would like to continue his education by earning a masters and Ph.D. from Georgia Tech. He is looking forward to one day having a family, giving back to New York and Atlanta – both of which he considers to be his hometown – and helping his mom.

“My mom is a single parent and has always done her best to support me. Now, it’s my turn to go to college and make something of myself to show her that none of her sacrifices have gone to waste. I can’t wait to make her proud,” said Williams.