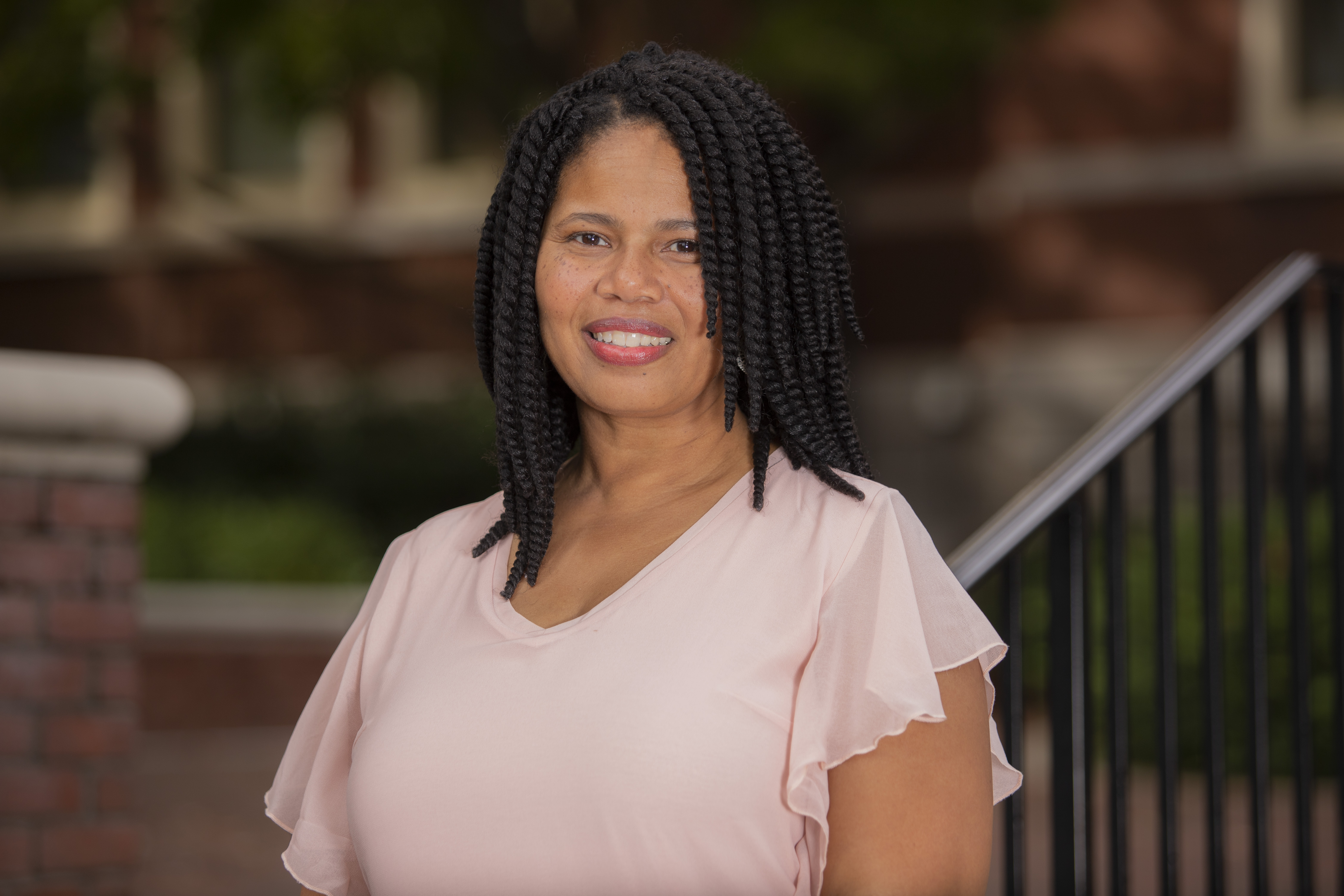 Yolanda Payne is living proof of the difference that one person can make in someone’s life. Payne fully believes that if different people, especially teachers, didn’t intervene and encourage her at various moments in her life, she would not be where she is today.

Now in her second-year as a fellow at the Constellations Center for Equity in Computing, Payne hopes to have the same influence on her students as her teachers had on her.

Growing up in Prairie, Mississippi, a small town 35 miles outside of Tupelo, Payne likes to joke that her town gets everything ten years after everyone else does. With a lack of technology, she developed a love of reading and was constantly nose-deep in a different book.

Payne credits her mother for instilling a work ethic and her step-father with her ability to solve problems. Both instilled the value of obtaining an education by pursing G.E.D. classes to complete their high school studies. A factory worker, farmer and self-taught satellite technician, her step-father taught Payne how fix and assemble a/v systems, gardening skills — and even how to mow the lawn.

“At the time, I would complain and say ‘This is torture! I don’t need to learn this stuff!’ But now I see how many skills he gave me by pushing me to fix problems and not give me the easy way out,” said Payne.

When she was ten, her parents bought a TANDY computer. Payne took to her books and learned not only how to play games on the computer, but code as well. Over the years, the skills she learned from this one purchase has helped to propel Payne out of poverty into middle-class.

Even after learning to code and becoming more invested in technology, Payne wasn’t sold on being a computer scientist. She earned a full-ride scholarship to college where she earned a degree in elementary education. To complete her degree, Payne took a COBOL class which was a terrible experience.

COBOL projects often require a lot of collaboration and team problem solving to debug errors, but as the only female and Black student in the class, Payne felt excluded and had a difficult time finding classmates to partner with.

“My professor encouraged me to do the best that I could, but I often wonder how much better I would have done with more support,” said Payne.

“When Professor Hinnant began encouraging me to pursue a master’s in education and computing, he changed my life. I fully believe that it only takes one person to tell a kid they are good at something, and it can change the entire trajectory of their life,” said Payne.

Computer Science as a Foreign Language

As a Constellations Fellow, Payne is in a unique position to provide support for both teachers and students as they learn computer science.

Payne is paired with two teachers in the Atlanta Public School (APS) district where she helps them to understand and teach advanced placement computer science courses to some of the city’s poorest and most marginalized students.

Payne sees her role as having three main goals.

Payne is uniquely suited for her role after working as a language arts teacher, librarian, and instructional designer.

Four years ago, Payne participated in the United State Patent and Trademark Summer Institute, an experience she describes as “summer camp for adults.” Through her experience, she learned the process of getting a patent and even had a provisional patent on a product she hopes to work on more in the future.

With this knowledge in hand, Payne is able to help students see that they can create anything they want and could someday potentially profit off their ideas.

For the past three years, Payne has also run a Girls Who Code club and a Code Club program for middle school boys and girls. Up until the pandemic, the clubs met once a month to connect, work on projects that excite them, further stemming an interest in pursuing science, technology, engineering, or math careers.

“I know what it’s like to be from somewhere where people are not succeeding and to have someone tell you that you can do this. Whether it’s in an APS classroom or on a Saturday morning with my coding clubs, I want students to know there’s a way forward for them that can give them a new life,” said Payne.