Shana White: A Jock Who Proves that Computer Science is Cool 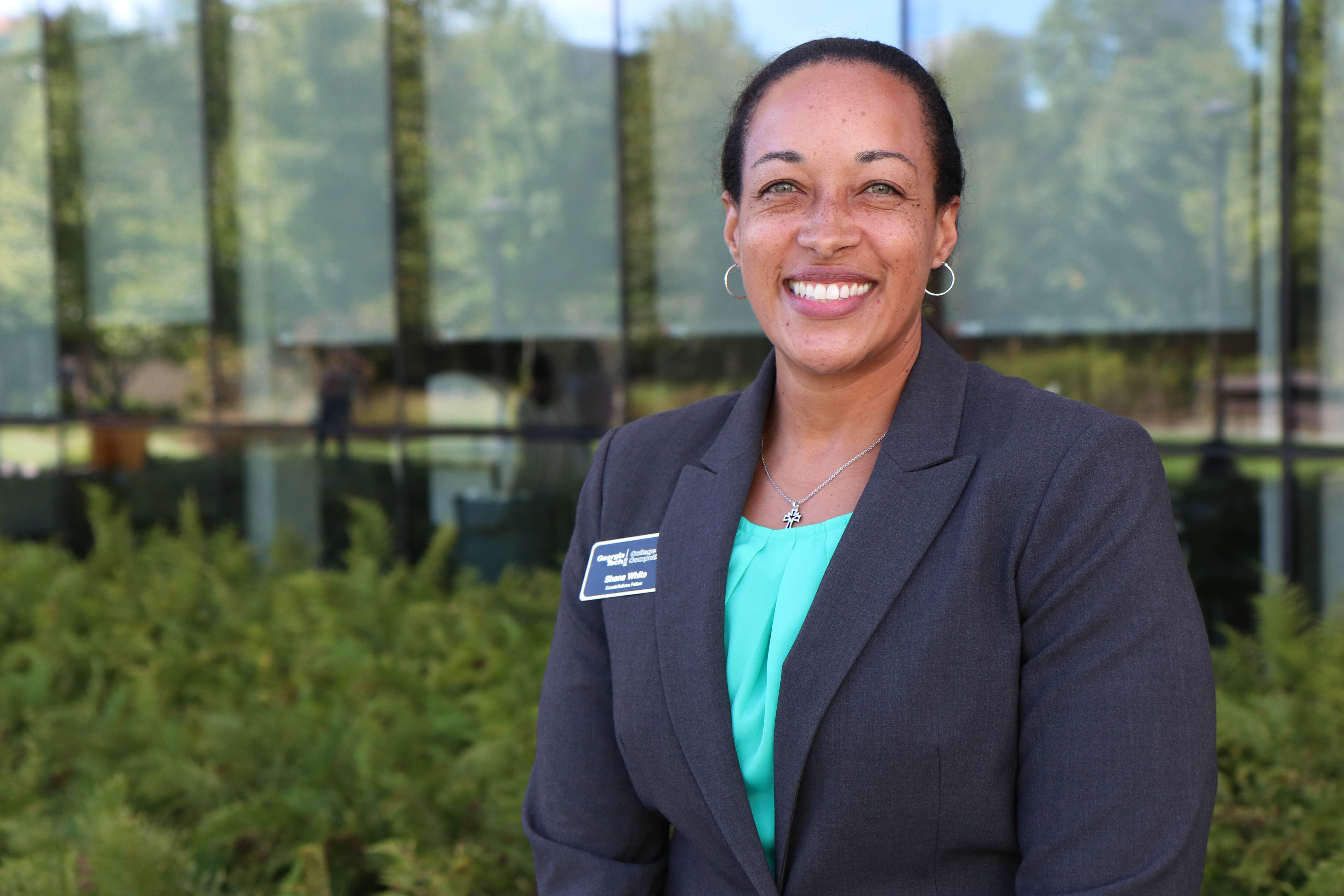 Jocks can’t be nerds. That’s just not how it works, usually. But Shana White is proof that you cannot only be a jock and a nerd, but that you can excel at both.

White, an Atlanta native and former physical education and health teacher, has worked with grades K-12 and served as an adjunct professor at Georgia Gwinnet College. At every level, White has helped to bridge the gap between what is considered “nerdy” and what is considered “athletic”.

She is continuing these efforts with the Constellations Center for Equity in Computing at Georgia Tech where she is a Constellations Fellow. Her primary role is to develop computer science education programs and bring them to high school classrooms in the Atlanta Public School system.

White’s plan wasn’t always to become a computer science teacher, or even a teacher. While playing basketball and earning her bachelor’s degree in health and exercise science from Wake Forest University, White thought that she wanted to become a physical therapist. After a knee injury ended her basketball career, White began coaching and soon earned her master’s degree in physical education from Winthrop University to become a third-generation teacher.

As she gained teaching experience, she saw dozens of opportunities to bring technology to her students to help them better understand concepts that they were learning in other classes. For example, if kids were learning to play baseball, students would explain to her the different types of pitches, how many revolutions of the ball it would take to get to home plate and how variables like the distance of the mound from home plate would affect the force and speed needed to throw a great curveball. White was able to use various iPad apps to demonstrate these concepts. Soon, the math and science teachers became big fans of her gym class.

White also simplified parents’ and colleagues’ lives by having students track how many days they dressed out for gym class via an app. If there was a problem the teachers could more easily address the issue with parents.

“As I was becoming more and more involved with the computer science world, I realized that learning these skills might be an easier way to level that ‘equity playing field.’ Computer science is a way for kids to express themselves and have some type of autonomy over their education. It can open up pathways that they might not even know exist and empowers them to change their world,” said White.

Because she had a new perspective with her non-traditional background, White quickly became an emerging voice in computer science education. In 2016, White was recognized as the PBS LearningMedia Lead Digital Innovator for Georgia and in 2017 as an Association for Supervision and Curriculum Development (ASCD) Emerging Leader. “I went from being a P.E. teacher to being honored with awards by all of these people who have been working in computer science for a long time, while I had only been in this space for a couple of years. It was crazy. That opened up a lot of opportunities for me,” said White.

One of these opportunities occurred earlier this year when White was speaking at a convention for Raspberry Pi enthusiasts in Atlanta. She caught the attention of Cedric Stallworth, assistant dean of Outreach, Enrollment and Community at the Georgia Tech College of Computing, which is home to the Constellations Center. Stallworth was so impressed with her that he encouraged her to apply for her current role as a center fellow.

Stallworth saw a unique opportunity in White to advance one of Constellations’ chief mandates in providing more CS education to minorities and women.

“From the moment Shana started speaking at Raspberry Pi I knew she would be an incredible asset to Constellations. She is brilliant, compassionate and her goals line up seamlessly with Constellations’ mission. Shana is an amazing role model to her students of what you can achieve,” said Stallworth.

“I think that empowerment is an important piece of the puzzle that Constellations is bringing to the table. Helping kids understand that they can create an app that they like to play and giving them some sort of control over their world - especially when a lot of their home or school life is unstable - is a huge gift from computer science that people underestimate,” said White.

“We are not here to save kids, but to show them different opportunities for how they can improve their lives and create a better future for themselves, for their families and for their community.”